“A worthwhile licensing change in Oklahoma” 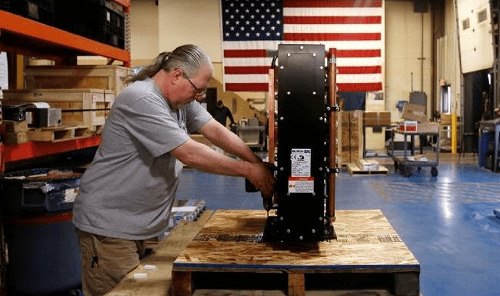 We are among those who had hoped the Legislature would take greater strides in criminal justice reform this session. But some progress is better than none, and lawmakers accomplished that with a bill that figures to help ex-convicts find work.

House Bill 1373 removes “good character” provisions from the state’s occupational licensing laws, meaning that Oklahomans with nonviolent felony convictions can be licensed in jobs unrelated to their criminal offense.

This was a needed and common-sense change. As Labor Commissioner Leslie Osborn said in an interview not long after winning election to the post in November, “If you just got out of jail for an embezzlement charge, we probably would prefer that you weren’t working in a title agency with Grandma’s closing fund. But if you had a check charge 12 years ago and you want to go into plumbing, that may be OK.”

The task force came up with a set of guidelines to analyze licenses — where they make sense and where they don’t. Unneeded or excessive licensing can impact job opportunities, particularly for low-income people. “Good character” provisions fall into that category.

HB 1373 received overwhelming approval in both chambers of the Legislature and was signed in May by Gov. Kevin Stitt.

Eric Boehm with Reason.com called the bill “a huge deal,” noting that Oklahoma has the nation’s highest incarceration rate and that many of the state’s licensed professions “are effectively off limits to anyone with a criminal record.”

Making it more difficult to find work increases the chances an ex-convict will reoffend and wind up back in prison. Boehm cited University of Tulsa data showing the unemployment rate for Oklahomans with criminal records is almost five times greater than that of the general population.

Oklahoma’s licensing rules are among the most burdensome in the country, whether a person has a criminal record or not. Federal agency estimates show one-fourth of Oklahoma’s workforce is licensed by the state. And some of the regulations are head-scratchers — not long ago, hair braiders had to undergo four times as much training as emergency medical responders.

A licensing advisory commission formed by the Legislature in 2018 made several recommendations, including for all agencies, boards and commissions to consider exempting military members and their spouses from an initial license fee if they’re already licensed by another state in the same industry. It also encouraged licensing boards to honor equivalent military training, education and experience.

Lawmakers in Arizona went a step further this spring with a bill that honors out-of-state occupational licenses. “You don’t lose your skills simply because you pack up a U-Haul truck and make the decision to move to Arizona,” Republican Gov. Doug Ducey said.