A license for a lemonade stand? States rethink business licenses 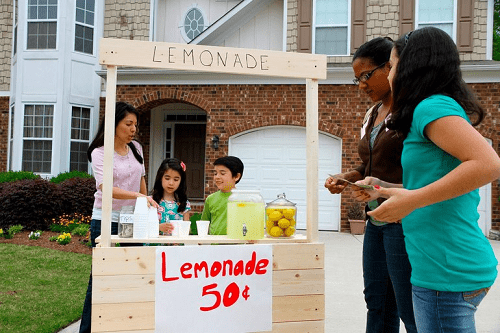 This June, Texas Gov. Greg Abbott signed a bill blocking local governments from forbidding children to sell lemonade or other non-alcoholic drinks on private property. (Yes, there was a real-life example of cops shutting down a lemonade stand run by two sisters under the age of 10 who lacked a permit.) “This is a commonsense law,” Abbott said. Few people would disagree.

After years of increasing the number of occupations subject to licensing and permit requirements, states are starting to dial back. Where only 1 out of 20 jobs required an occupational license back in the 1950s, now more than 1 out of 4 do. Policymakers are increasingly convinced by the argument that states are stifling economic activity by requiring expensive and unnecessary training and licenses for everyone from cosmetologists to yoga instructors.

But which professions require oversight? Deregulating lemonade stands is one thing. Giving free rein to professions that affect health and safety is something different entirely. There’s no disputing that licensing does, in some cases, protect consumers.

The debate about where to draw the line has been playing out most loudly in Texas. This year, the Texas State Board of Plumbing Examiners came up for renewal. Some legislators argued that it was time to shut the board down, after a review found that its examination system was slow and antiquated. They wanted to shift plumbers to the Texas Department of Licensing and Regulation, which oversees nearly two-dozen other professions. Plumbers themselves objected, not wanting to be lumped in with electricians, midwives and auctioneers.

The result was a game of chicken. Legislators couldn’t agree on where to put the plumbers, so they ended up passing nothing. When the session ended, it appeared that the Board of Plumbing Examiners would cease to exist. That would leave no licensing requirement in place and eliminate the mandate that plumbers carry insurance.

The situation led to complaints bordering on panic. Plumbers connect all kinds of pipes, including natural gas lines. At the very least, people wanted assurances that the plumbers they hired wouldn’t get pipes mixed up and send sewage flowing through their taps. Nearly 95,000 Texans signed an online petition calling for a special legislative session to deal with the matter. Although Abbott called a special session two years ago, when the legislature failed to renew the Texas Medical Board, he refused to do so in this case.

It’s generally the case that businesses themselves — not consumers — lead the push for licensing, making it more difficult and more expensive for newcomers to enter their fields. This year, Texas roofers unsuccessfully sought to create a licensing requirement, while geoscientists successfully lobbied to reauthorize the Texas Board of Professional Geoscientists. That’s despite the fact that almost 80 percent of the state’s licensed geologists practice without having passed the licensing exam or putting in the required five-year apprenticeships, since they were grandfathered in when the board began back in 2001.

The reality is that for plumbing and many other professions, state licensing is expressly designed to serve as a barrier to entry. Prospective plumbers have to work for their future competitors for years before they can sit for a licensing exam. “At the heart of this tension is this idea that the plumbing lobby and established plumbers could control entry into their profession,” says Arif Panju of the libertarian Institute for Justice.

But the idea that any Tom, Dick or Harry could call himself a plumber didn’t sit right with the public. Not only is plumbing costly and potentially dangerous, but the work is hidden from view and difficult to judge. In June, Abbott issued an executive order extending the life of the Board of Plumbing Examiners for another two years.