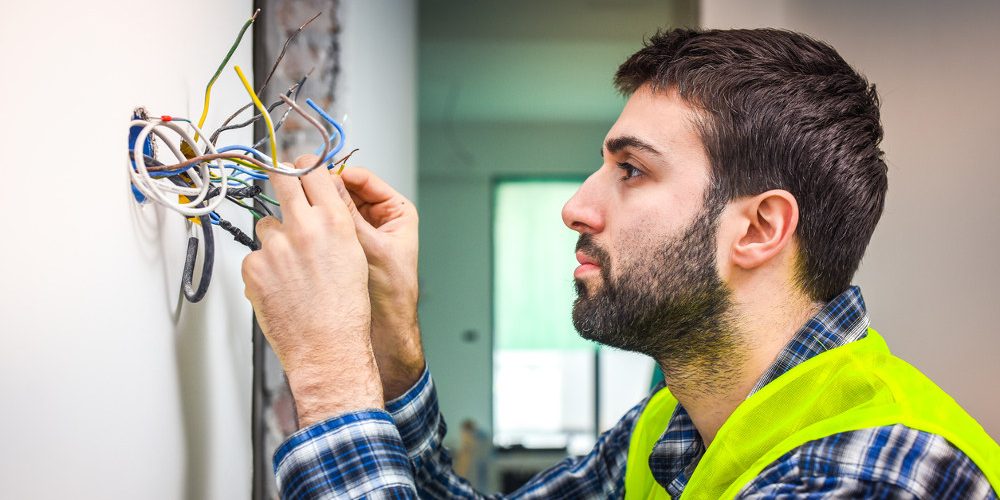 The skill of troubleshooting is the defining line between average and professional technicians. It is a skill that does not come naturally, but must be learned and practiced.

This month we’ll take a look at some of the troubleshooting practices and attributes a pro technician must master to be at the top of their trade.

For some perspective, let’s start with an anecdote from when I owned a small alarm dealership. It was the middle of the day and I received a page from the central station that one of my neighborhood store accounts had a silent hold-up alarm (HUA).

Upon reviewing the system I noticed that someone had apparently sneaked into the store basement during the day and attempted to cut across the alarm cabling.

It was a feeble attempt as the knife only cut through some of the cable’s plastic sheathing, but did not break any of the solid copper conductors. Since the HUA circuit in this system was normally open, I deduced that the knife blade shorted the HUA circuit thereby simulating a pushed HUA button. The false HUA cause had been identified. 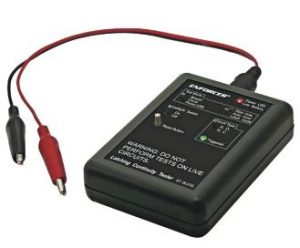 One of the best troubleshooting testing devices an alarm tech can have is a good continuity tester. This is why I’m highlighting the High-Speed Latching Continuity Tester (Model ST-BL01Q) from venerable manufacturer Seco-Larm. This device has special testing attributes such as fast response time, latching mode, or auto-reset with 1-second audio and visual pulses. It’s great for testing magnetic contacts, vibrations and shock sensors.

A good guideline for technicians is to know and understand the critical steps for troubleshooting a system. Here are the basics, plus an additional helpful tidbit:

The very first thing is to meet with all parties involved in the alarm activation. Then listen, listen and listen. Too often technicians will assume what the problem is and waste valuable service time when instead listening to the customer, checking central station reports and account documentation can help significantly.

In the above story it would have been easy to assume someone accidentally pushed the HUA button and did not want to admit it. Another good reason to install latching HUA buttons on commercial accounts.

A good technician must completely understand the technical aspects of the system they are troubleshooting. How does a normally open (NO) or normally closed (NC) circuit, with or without end-of-line (EOL) resistors, function? A good dose of Ohm’s Law doesn’t hurt either.

Just a side note, in the above story if a double EOL (DEOL) had been used the faulty HUA alarm would have been reported as a trouble rather than an alarm.

3. Find the Source of the Problem

Taking collected information and a good knowledge of the system, it is now time to go forward and investigate. The problem’s source might not always be as obvious as the attempted cutting of cabling in the HUA issue.

It could be a hair puller such as an intermittent connection or as we in the trade like to refer to as a “swinger.” You may need some special equipment such as a continuity tester (see Tool Tip).

Try to first replicate the problem to confirm. Repair can be something as simple as tightening a loose connection or as great as replacing a faulty alarm panel or sensor.

Make sure that the repair has solved the original problem. Just because you replace a presumed faulty part with a presumed good one does not mean the issue is fixed. You might find that the new part could be faulty as well — it wouldn’t be the first or last time this has happened. Or perhaps you have made a weak termination.

You may think you’re done, but wait. Even though this comes at the end, root cause analysis began at the first step of your troubleshooting process. Make sure to use all the knowledge you gained in your troubleshooting process to determine what caused the problem, and what you could do to avoid this problem in the future. Use this data to make your operation better in the future.

Bonus Tech Talk Tip: Going back to the investigation step, when I had to troubleshoot large systems by myself I had physically modified a walkie-talkie and continuity tester to send audible test tones from the control panel via radio throughout the building as I tested remote sensor circuits. Many of today’s walkie-talkie sets have a voice control transmit (VOX) option. This could serve a similar purpose.