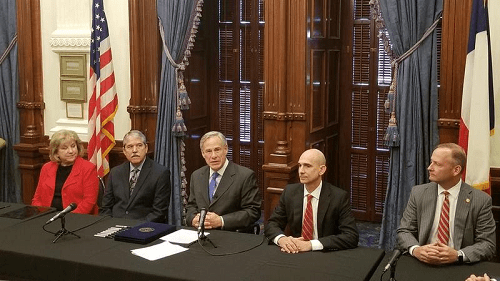 With the Legislature adjourned and the Sunday veto deadline passed, 477 new laws have already taken effect in Texas — including the end of red-light cameras, a harsher punishment for groping and a new special district intended to preserve Lions Municipal Golf Course in West Austin.

To take immediate effect, a bill must receive support from at least two thirds of senators and House members, so many of the new laws were not controversial or addressed regional needs or issues.

House Bill 1821, for example, designates a stretch of Airport Boulevard as the Richard Overton Memorial Highway to honor the Austin man who was the nation’s oldest World War II veteran when he died in December at age 112.

Other bills made an emotional connection with lawmakers, such as HB 866, which will require natural gas pipeline operators to replace all cast-iron pipes, which are older and prone to leaking, by the end of 2021 after an explosion killed 12-year-old Michellita Rogers in her Dallas home in February 2018.

And some new laws are a somber reflection of the times, including HB 2195, which requires school districts to create emergency policies for responding to an active shooter.

Likewise, HB 496 requires bleeding control stations to be established in all public schools, with students in the seventh grade and higher trained annually in the use of tourniquets, chest seals, compression bandages and gauze dressings.

“We’ve got to look at how we can save as many young people as possible,” Rep. Barbara Gervin-Hawkins, D-San Antonio, said when she introduced the bill at a public hearing in April.

Another 821 laws passed in the 86th session of the Legislature will take effect Sept. 1, the start of the state fiscal year, with about two dozen others slated for a Jan. 1 starting date.

Among the new laws that are already in force:

Other laws that have already taken effect will establish a statewide plan to address flooding, direct the governor to designate a Holocaust Remembrance Week in public schools, and create a panel to study changing the system of electing judges along party lines.