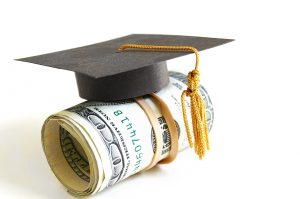 The TBFAA Scholarship Committee is pleased to announce that Hieu Nguyen, the winner of the HGCAA Chapter Scholarship has also been selected to receive the 2018 TBFAA Scholarship.  Hieu is the son of Truc Nguyen, a Lieutenant in the Houston Police Department.  He attends Clear Horizons High School in Houston where he is 9th in his class and has a GPA of 5.49, and is a member of the National Honor Society.  Clear Horizons is a four year early college high school at which students take dual credit courses and graduate with at least 60 hours of college credit.

Hieu will be attending the Univesity of Houston in the fall.  In addition to his academic achievements, he has a long community service resume including working at the Houston Food Bank, Armand Bayou Nature Center, Galveston State Park, and the Hermann Conservancy.

Hieu submitted an outstanding essay describing how his Parent keeps his community safe.  It is included below.

Throughout my whole life, I have been guided by a dad that worked as a police officer. I always looked up to him, not just because of his career, but for all he has done for our family. Dad has created a comfortable life for us despite coming to the U.S. as a refuge from Vietnam bringing nearly nothing except a dream for a bright future. Soon after high-school, he joined the police force, and consequently he began to exhibit those public safety qualities. He led a life full of obstacles and surpassed them all, so it came natural to just observe and follow in his footsteps. Before I realized it, I have learned three different life lessons simply from living with him: Work hard, help others in need, and follow the law.

The number one moral my dad believed in was to work hard on things with importance. A notable example was how he got promoted to be a sergeant. More than a decade ago, my brothers and I were toddlers with too much time, too much energy, and two busy parents. He wanted us to grow up in a positive environment, so a promotion would immensely help in sustaining us. However, with the sergeant test date coming soon, dad had to find time to study for it while working late hours patrolling Houston and looking after three high-maintenance boys. Therefore, many sacrifices had to be made such as all free time and some sleep being dedicated to strictly study sessions. This intense schedule led to his success, and he passed in flying colors. The amount of will power needed to do that for nearly a month straight is completely unfathomable. This inspired me to try the best I could in important aspects of my life such as school. I achieve high marks, choose advance classes, and try to soak in every lecture because I aspire to be at that same level of work ethic my dad shows. If he can pass an extremely difficult test while juggling late-night shifts and a family of five, I should be able to at least ace my high-school finals. He taught me that success is solely dependent  on the effort you give.

Additionally, Dad being a part of the police force has influenced me to try to help as much people as possible. When I ask what exactly he does, it can vary from busting illegal crack houses, tracking down runaway vehicles, or as simple as being security in local fun runs. In summary, everything he does comes back to helping the general public. It is those events that motivated me to volunteer in my community more often. For example, I assist teachers at my local church and elementary schools, set up events for my local community center, organize canned goods at the Houston Food Bank, and clean up litter at Galveston. Those are just some of the volunteering I have done in the past, and I know a part of it is due to being inspired by dad. He constantly pushes for us to better the community since it is basically the best way to give back, so it soon became part of my schedule to volunteer often.

Lastly, being a police man, it became a rule to not break laws. Obviously, this should be common sense, yet he constantly finds people in possession of drugs; he explains how they ruin their life with it. There is the punishment of prison time but there are the other consequences such as destroying their health, over spending on illegal substances, and ruining their relationships with others. The pros for using drugs do not come close to the negatives, so that sort of shaped my views on laws. More likely than not, they are put in place for our benefit, our safety. For instance, this mindset made me stay away from any drugs and alcohol all through my high-school life as I know it would create a snowball of punishments. laws to me are not limitations, they are simply guidelines to make the right decisions.

Ultimately, my dad being a police officer has shaped my character with numerous positive morals. So many of my achievements are a result of being raised by him and because of this, I cannot think of any other person that would be better in keeping our community safe.